Home » An Avocado A Day, Keeps Leukemia Away 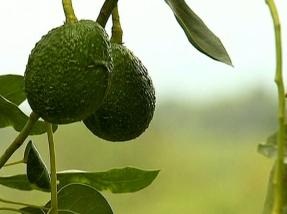 Avocados have many good effects on people’s health condition, but they can be turned into effective Leukemia treatments, as well.

Doctors have long suggested their patients to include avocados in their daily diets, due to the nutritive power of the fruit. A recent study carried out by Professor Paul Spagnuolo from the aforementioned university claims avocados also have the power to prevent leukemia cells from spreading.

Spagnuolo has subjected the fruit to a series of lab tests in order to determine whether its nutrients may be included in medical treatments or not. He was thus, able to identify certain nutrients and antioxidants in the fruit that can effectively combat leukemia cells.

Leukemia is a severe form of blood cancer, which is very hard to treat because of the rapid spread rate of the leukemia cancer cells. Spagnuolo, however, claims the avocado-based drug he has invented is not only capable of preventing leukemia cells from spreading, but also of minimizing the effects of the disease.

Avocatin B, the official name of the drug, contains nutraceuticals, an ingredient with defined structure that is rarely used by drug producers. Spagnuolo, on the other hand, thinks this food-derived component could have a good influence on people’s health condition and that further studies should be carried out in the future in this domain.

The professor is ready to take his drug to the first stage of medical tests, namely, Phase I. he believes the drug will prove itself incredibly useful in combating the factors that lead to leukemia and also in strengthening the immune system of the patient.

The greatest problem that physicians face with when dealing with a leukemia case is the challenge of combating leukemia stem cells, while protecting the healthy ones at the same time. Based on Spagnuolo’s findings, Avocatin B has the ability to solve all these problems and to improve the patient’s overall condition.

Spagnuolo prefers nutraceuticals because these components presuppose that the plants or the fruits are evaluated from a molecular point of view. In his opinion, this approach enables scientists to better identify the possible effects of drugs, especially those derived from food.

Moreover, the science professor suggested evaluators that other factors should also be taken into account, such as the soil or the geographic conditions were the fruit was grown, when evaluating a specific drug. This way, they can better determine whether a product is good or not.
Image Source: Thumbnails