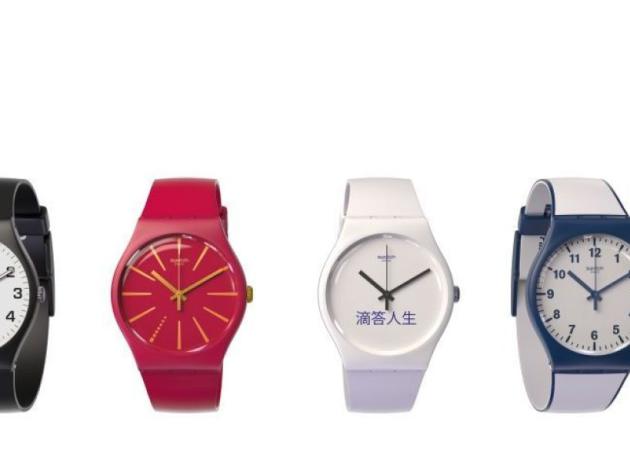 Swatch introduces Bellamy, the non-smart watch for payments on the Chinese market.

In an attempt to dethrone Apple’s Watch, Swatch launched non-smart watch for payments in China. The devices preserve the Swatch technology, but also include the Near Field Communication, which allows wearers to make payments without accessing their credit cards or wallets.

Swatch held an important event on Wednesday during which the watch manufacturer introduced a line of new timepieces that completely breaks with the company’s tradition. The new collection of models will be available on the Chinese market starting next January and will only cost $90, the producer has further informed.

Swatch’s non-smart watch for payments has been created in collaboration with renowned financial enterprise. China UnionPay and Bank of Communications have been directly involved in the development of the NFC-based timepiece.

The new model is called “Swatch Bellamy” and it can be described as the company’s first ‘pay-by-the-wrist’ watch. The name of the new model was inspired by Edward Bellamy’s novel, which showcased a Utopian world in which cash money is replaced by credit and debit cards. Swatch has used his name to label its new watches because they wanted to stay true to their belief of celebrating visionaries.

The Wednesday’s conference at the Swatch Art Peace Hotel in Shanghai saw the participation of Swatch CEO Nick Hayek, as well as the representatives of China UnionPay and Bank of Communication. After introducing his new model to Chinese developers, the three companies signed the deal that will allow Swatch Bellamy users to make payments ‘by the wrist’.

In the beginning, the company prepared only four models, but the collection could be enriched depending on customers’ feedback. Either way, users will have to pay a visit to the Bank of Communications to activate the NFC service.

China could be the perfect market for Swatch’s innovative ideas, especially since recent statistics indicate most customers in this geographical region prefer mobile payment transactions. $3.6 trillion people admitted in last year’s survey that they prefer mobile payment methods instead of traditional ones.

Uncertainty is, nevertheless, big as China has recently confronted itself with a powerful financial crisis. After the economic slowdown and the decline on the Chinese stock market, we can’t really estimate whether the non-smart watch will be a success or not.

Customers, who wish to purchase Swatch’s Bellamy model can choose between four colorful timepieces, their colors being black, white, pink and blue. The price is rather small; customers will only pay $90 apiece. The collection will also be available in U.S. and Switzerland in the months following the January launch on the Chines market.