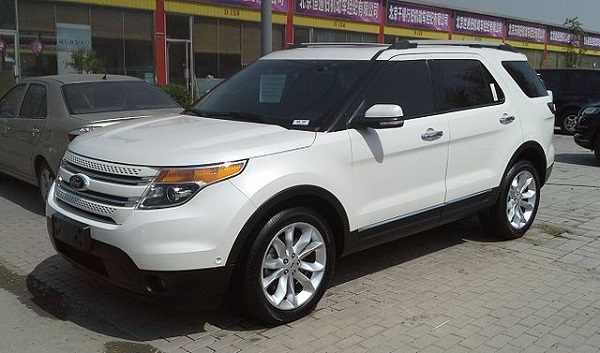 Ford Motor Company is in its fifth generation of flagship Explorer SUV. The famous light trucks received latest fine tunes to offer customers modern comfort. However, a consumer watchdog has reasons to be concerned for the owners of such vehicles. They call on Ford company to review 1.3 million of such products due to carbon monoxide poisoning risks.

On Tuesday, the Center for Auto Safety urged Ford Motor Company to order a recall over concerns of poisoning risks. However, the watchdog reassured the public that the new Explorers are safe. Their solicitation has as main goal to provide customers with reassurance for the quality of their vehicles.

The review mission would regard all products that pertain to the Explorer line manufactured between 2011 and 2017. On the other hand, Ford responded by highlighting other solutions that are already available to its customers. The company guarantees free inspections and repairs for any client who suspects exhaust fumes were entering inside vehicles.

This request for a recall comes amid ongoing investigations on behalf of the National Highway Traffic Safety Administration. The consumer watchdog is following up on more than 2,700 complaints that Ford customers filed. All these Explorer owners signaled possible carbon monoxide leaks in their cars. At the moment, the agency believes three accidents and 41 injuries have connections to poisoning concerns.

Back in July, Texas police in Austin gave up on 400 Explorers. Dozens of officers found high levels of carbon monoxide in their system. However, Ford offered free of charge repairs for Explorer police SUVs across the United States.

The automaker issued a statement according to which the owners of 2011 through 2017 Explorers can expect letters on their behalf starting with next month. The text is going to urge clients to take their cars to Ford dealers for any necessary repairs. All Ford Explorer clients are entitled to this free service. The campaign will start on November 1, 2017, through December 31, 2018.