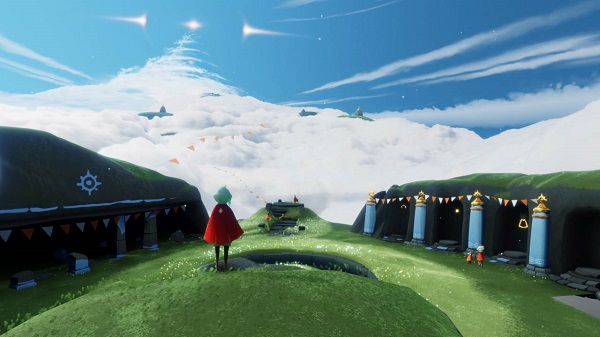 Thatgamecompany is a video game studio that made quite a name for itself thanks to works such as Flower and Journey. While most creators focused on negative powerful feelings, the studio ditches violence in exchange for the benefits of lyrical adventures based on collaboration and compassion. The studio with romantic influences is going to play a key role in promoting Apple products by releasing a brand new Apple TV production called ‘Sky.’

Creative head and CEO at thatgamecompany, Jenova Chen, appeared on Tuesday onstage at Apple’s latest tech event to reveal their latest joint project. ‘Sky’ is destined to be a popular title that Apple TV owners can play with their Siri remote control. In fact, they can enjoy the entire experience at the influence of one finger on the Siri remote’s sensors.

Nonetheless, the video game is suitable for iOS devices as well and the producer will transfer it to other platforms as well soon. The creative studio branded their production as a ‘social adventure game.’

The friendly atmosphere of the showcased part of the game seems in harmony with the one from the last work of the company, Journey. The display is clear of any stats, names or other forms of information. Instead, players experience only a clear blue sky with puffy clouds behind which a mysterious world hides.

The gameplay also keeps the intuitive moves that abound in playful gestures and twined textures. Players can control their characters on this Apple TV production through whimsical leaps and glides to explore a whole new wonderful world.

The CEO placed emphasis on the fact that the journey people are going to experience is intricate to define. On the other hand, as a social game Sky is urging enthusiasts to begin this sensorial experience together with their loved ones. Nonetheless, Chen explained that players will impersonate the Children of Light. Their mission is to bathe dark places in their light as these locations are in dire need of such a positive presence.
Image source: thatgamecompany