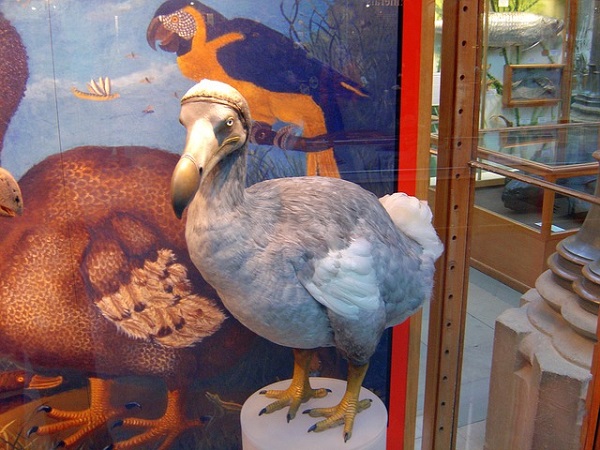 The peculiar shape of long-gone dodos inspired artistic fields such as literature, song, movies, and art to add various odd characters to round up the portrait of the bird. On top of its strange looks, the avian specimen was also unable to fly. While the extinct dodo is a recurrent subject in arts, science didn’t have many materials to make something out of it. However, things changed as of recently thanks to bone science.

The team of scientists who have been dedicating their work to study the flightless birds has just announced groundbreaking discoveries about this species. By studying the remained fossils, they learned various aspects of their lives. In the end, they managed to determine the process through which they laid eggs, how fast they entered adulthood and amazing facts about their plumage.

The author of the study is Delphine Angst from the University of Cape Town. She stated that before their findings surfaced, there were only a few things people knew for sure about this creature. This body of knowledge limited to a pigeon-like shape that weighed around 20 pounds.

The dodo was a regular sight only on the island of Mauritius in the Indian Ocean. However, Dutch sailors arrived in the 17th century and triggered the extinction of such a species through hunting and habitat destruction.

The study of 22 bones from 22 different specimens of dodo appeared in Scientific Reports journal. It led researchers to learn that the ancient birds had three layers of tissue in their bones. This composition is similar to today’s species of birds.

On top of that, female birds generated a special type of bone tissue when they ovulated. Such a process allowed them to enjoy an additional supply of calcium which is beneficial for egg production.

The findings also point out that the extinct dodo used to molt each summer from November to March. This is when cyclones and other bad natural phenomena made food supplies scant.

This discovery explains why there were so many different descriptions of dodos. Most people believed that some of these tales were false. However, their authors were just looking at different types of plumage that dodos were developing throughout the year.
Image source: 1