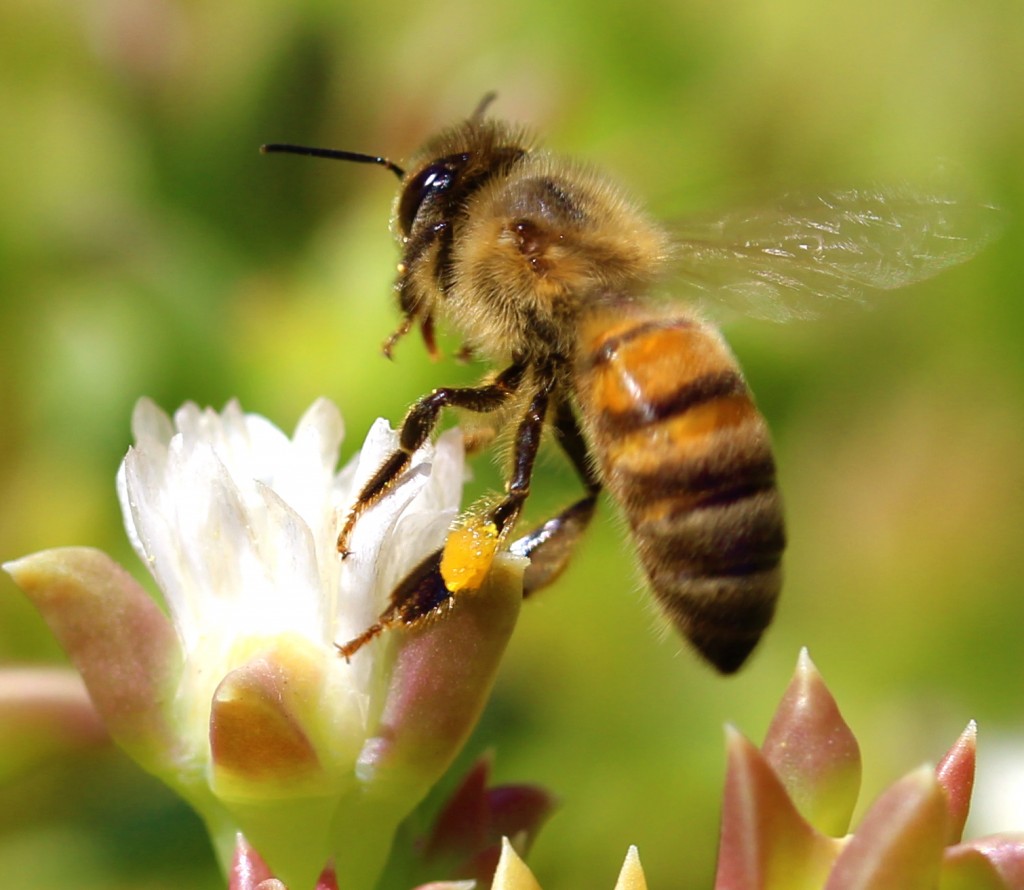 Honeybees are in grave danger. And us along with them.

A new study reports honey bees in danger in Massachusetts. It’s more and more obvious that the problem of the little worker bees is being completely ignored by those who are spreading pesticides all over the Old Colony State.

The ‘T.H. Chan’ School of Public Health of Harvard has conducted a study within ten of the state’s fourteen counties. For this the researchers collected samples of honey and pollen from foraging bees all over Massachusetts. And the results are worrisome. Apparently, over 70% of the samples contained traces of at least one neonicotinoid, some containing several.

Neonicotinoids are a pesticide class linked the onset of the CCD, or Colony Collapse Disorder, in bees. The main effect of this disorder is that adult bees begin leaving their hives in the cold season and never return, effectively abandoning their home.

The data shows that not only are more bees in danger, but that the issue at hand, mainly the use of damaging pesticides, such as neonicotinoids, has not managed to sink in the consciousness of pesticide producers, distributors, as well as those who use them on their crops.

It should be a no-brainer that harming bees will in the long run damage the whole of your produce, as bees are proven to be main pollinator of more than a third of the worldwide crops. The alarm bell has rung ever since nine years ago when in 2006 bees began to die off exponentially, and their colonies started disappearing. This prompted people from all areas, from scientists, to policymakers, from farmers, to the obviously concerned beekeepers to work together in trying to solve the problem.

And yet, apparently it was not enough.

This present study aims to further raise awareness over the damaging effect of pesticides to bees, and over the fact that, apparently, too little noise has been made over this issue.

The researchers looked at 219 total pollen samples, as well as 53 samples of honey taken from as many as 62 hives, with the help of just as many beekeepers. These had been gathered over the course of spring and summer months, so as to adequately measure risk factors for each county per month. The findings show that neonicotinoids are common in April in Worcester, in May in Hampshire, July for Suffolk, and June for Essex.

Still, the bees aren’t the only ones in danger from these pesticides. The neonicotinoid infested pollen they gather is a serious health risk for humans as well.