Home » Nearby Planet Predator Gets the Nickname of The Kronos Star 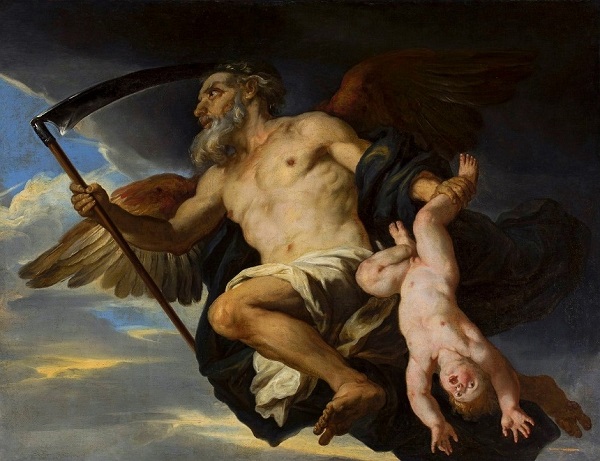 Greek mythology tells us about the first ancestral leader of the universe. He is known as Titan Kronos. The history will remember him for eating his own children for fear of dethroning him. Nonetheless, Zeus, Poseidon, and Hades will get their revenge and will rule the world as we know it. However, the history seems to repeat itself. There’s a villain near our galaxy that feasts on planets. Scientists named it the Kronos star.

A group of astronomers at Princeton was the first to understand the real nature of a rare couple of twin stars. One of them showed signs of a great appetite for other rocky planets. They documented this strange stellar behavior in their paper.

Therefore, it received the mythological codename of Kronos. The other was dubbed as Krios who is the older brother of Kronos. The Greeks commemorated him as the Titan of Stars and Constellations. However, their scientific labels are actually HD 240430 and HD 240429. Both of them are 350 light years away from our Blue Planet.

However, Kronos is by far the most exciting object of interest for the group of scientists. Its structure is really curious. That’s because the core of the star is made of light elements such as nitrogen, oxygen, carbon, and potassium. All of them exist as gases.

However, the body is rich in heavy elements on the outside. These are magnesium, silicon, aluminum, iron, yttrium, and chromium. The latter category has all the necessary attributes to form rocks.

The laws of chemistry told scientists that this picture is strange. Heavier minerals form themselves after lighter elements. In the case of Kronos, the gaseous agents are suppressed while the heavy ones dominate.

This abnormality made scientists to rule out all possible explanations except one. Kronos is a planet eater. Their following measurements revealed them that the star needed to absorb around 15 planets in order to gain its current structure.