Home » A Strange Pair Of Asteroids Is Behaving As Comets 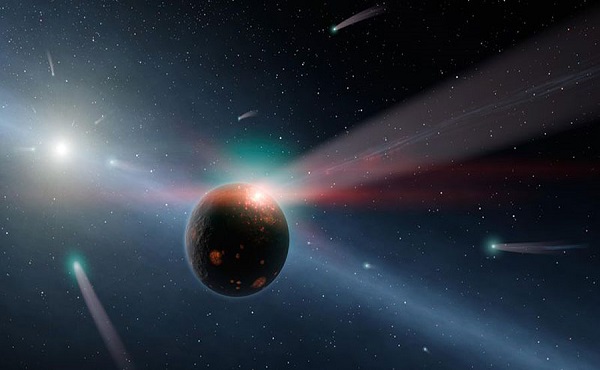 Scientists spotted a strange duo of asteroids with features similar to those of comets.

Located in the asteroid belt between Mars and Jupiter, scientists have spotted a bizarre pair of asteroids, known after their collective name, 288P. This strange duo is behaving in a manner resembling comets.

The Bizarre Asteroids and Their Formation

The binary object was first detected back in 2006. It was discovered by members of the Spacewatch program, which led to its first appellation, that of 2006 VW139. Then, in 2012, scientists analyzing the asteroid noticed its odd characteristics. They determined that this was leaving behind a streaming tail, a property common in comets.

It was not the first asteroid noted to be doing so, although they are not common either. Reports show that only around a dozen such space rock have been discovered, and they are part of the so-called main belt comets.

However, 2006 VW139 or 288P is unique in the fact that it is the first asteroid to act like a comet that is actually them, not it. A closer look revealed it to a binary system composed out of a couple of equal sized space rocks. They are also very close, being just 60 miles apart. Scientists also theorized that this might have actually been a single rock that then split into two.

So a team of NASA scientists used the Hubble Space Telescope to get a clearer look at this odd duo. They did so in September 2016, as the asteroids made their closest approach to the Sun. Thanks to Hubble, the researchers were able to snap clearer images of the tail and nucleus of this binary system.

“We detected strong indications for the sublimation of water ice due to the increased solar heating – similar to how the tail of a comet is created,” states Jessica Agarwal.

She is the team leader and part of the Max Planck Institute for Solar System Research.

The study team believes that 2006 VW139 broke some 5,000 years ago because of the rotation stress. Vapor stream coming off the pieces are thought to have helped push them farther apart.

According to Agarwal, more observations will be needed to determine if there might be other similar objects in the night sky, or if this is a rarity.

A study paper detailing the results will be published in the journal Nature.