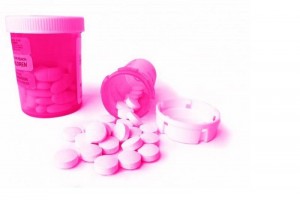 A panel which consists of advisors to the U.S. Food and Drug Administration voted on Thursday to recommend approval of flibanserin – a pill developed by Sprout Pharmaceutics which can be prescribed to increase sexual drive, similar to the male-only viagra.

The expert panel voted 18 to 6 for approval of the pill, recommending though that it should only happen if Sprout manages to solve concerns related to the drug’s safety. To gain full approval for supplying the pill, the company must present a plan on how to lower the risk of improper use and also manage its side effects – which among others include a high level of fatigue, fainting and lower blood pressure.Approximately one out five female recipients have experienced these side effects during testing.

Flibanserin was supposed to be used as an antidepressant initially, but it was rejected on the base on ineffectiveness when compared to its side effects. Even after it was repurposed as a sexual drive stimulant, the pill failed to pass FDA expert panel voting twice in the last five years, precisely due to concerns over its side effects.

However, Thursday’s panel vote approval does not mean that the FDA will actually approve the pill for mass consumption, but it does significantly raise the chance for it happening, as the Administration usually follows up on the expert panel’s recommendations. The decision on giving a green light to flibanserin mass production is expected to be given in August this year.

Unlike the male viagra, which influences blood flow in the attempt to maintain an erection, flibanserin works more like an antidepressant, stimulating certain areas of the brain which are responsible for producing chemicals that help stimulate sexual drive and pleasure, such as serotonin. The effect is apparently not as strong as in the male version, but FDA experts who agreed to recommend it argue that the market currently lacks any drug which could help deal with female sexual problems and that even mild progress is better than none.

Critics of the decision argue that this is just a move to drive up profits of the pharmaceutical companies, suggesting that the disease flibanserin is designed to treat – hypoactive sexual desire disorder – is made up as an excuse for the necessity of green-lighting the drug.

They also point out that since the last expert vote against flibanserin, Sprout Pharmaceuticals has begun pressuring the FDA through a marketing campaign directed towards women called “Even the Score” – which resulted in the Administration being dubbed as sexist for not approving the pill.